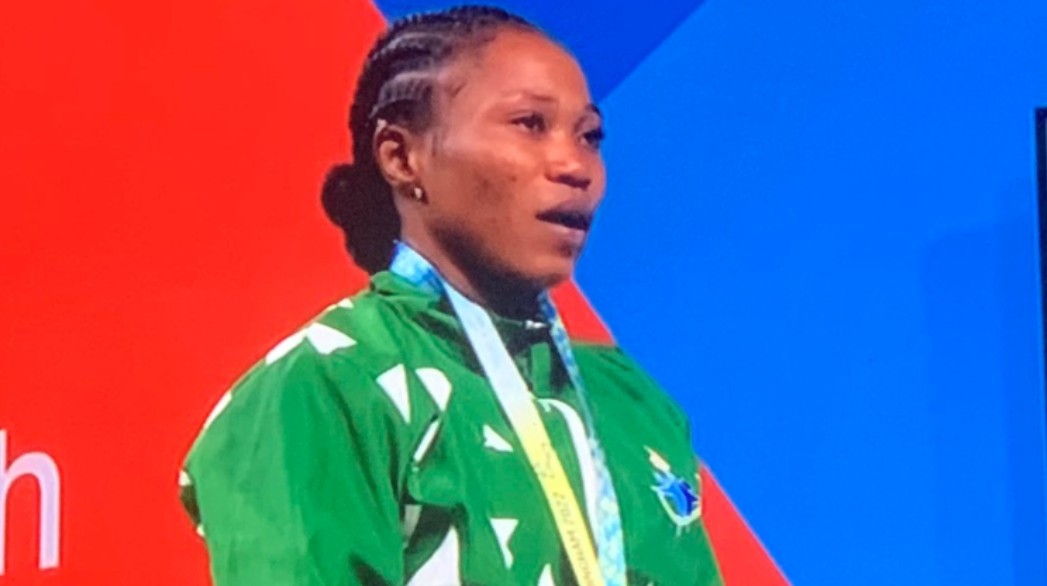 The 22-year-old lifted a total of 203kg to set a game’s record for accumulated lifts.

She also set the game’s record in the snatch category after lifting 92kg for her second lift.

Read Also: PVC would be ready in October, November - INEC

Adijat nearly missed out on the gold medal due to a technical issue in her final lift but her attempt eventually proved enough to send her top of the podium.

Bindyarani Devi Sorokhaibam of India took the silver medal while England’s Fraer Morrow got the bronze.

In the women’s 49 weightlifting event, Nigeria’s Stella Peter Kingsley narrowly missed out on a podium finish.

In table tennis, Nigeria’s men’s team qualified for the quarter-final of the event.

They registered three wins out of three to emerge top from Group 2. The team defeated the trio of South Africa, Ghana and Cyprus to win the group.

However, the women’s team failed to secure the last-eight ticket after falling 3-2 to England.