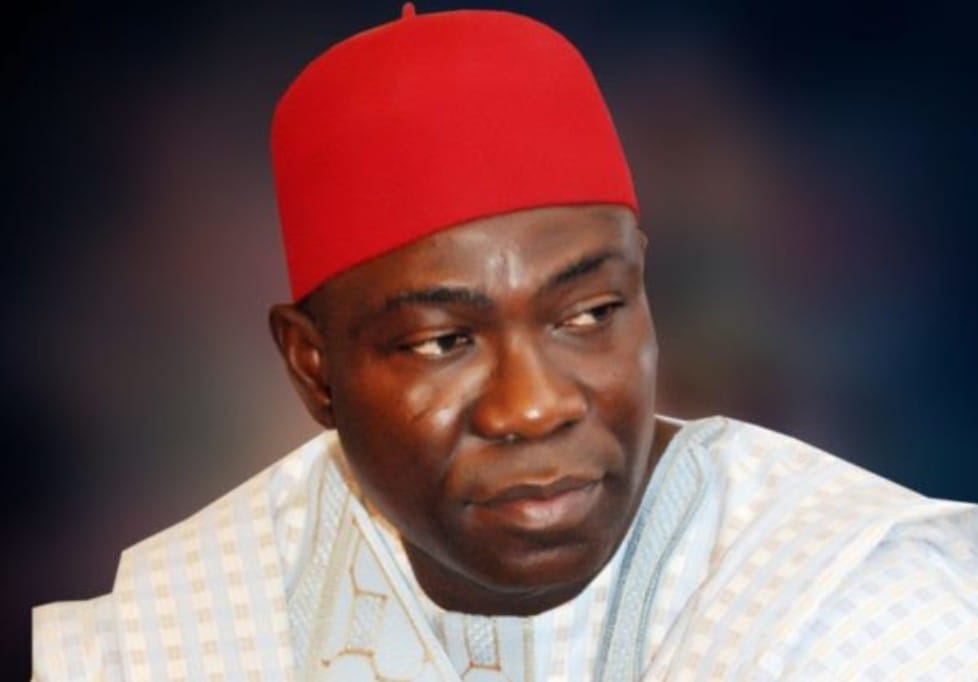 About two weeks ago; precisely 24 June, 2022, the global media space was awash with an unprecedented news involving a high profile Nigerian family in the United Kingdom for the wrong reason. I first saw the distraught news in the (in)famous United Kingdom’s Daily Mail, and subsequently got the comprehensive report from the German-owned London-base Reuters, British Broadcasting Corporation news, and the America’s Cable News Network. While still figuring the material facts amidst the frenzy and confusion trailing wagging tongues, and why the “violent” media rush by the gargantuan foreign media, in scores of minutes, the Nigerian media airway was saturated by the sad news. The news was like the shattering Russia’s supersonic ballistic missiles in Ukraine.

It was Senator Ike Ekweremadu and his family. He was arrested alongside his wife, Mrs Beatrice Ekweremadu, and charged by the UK Metropolitan Police at the Uxbridge Magistrates’ Court, London, with conspiracy to arrange travel of another person with a view to exploitation, to wit; organ harvesting; modern slavery and plot to have a minor (15-year-old) harvest his organs (kidneys), etcetera under the Modern Slavery Act 2015, Human Tissue Act 2004 (Prohibition of Commercial Dealings in Organs and Restrictions on Use of Live Donors)—MSA and The Organ Donation (Deemed Consent) Act 2020 popularly called Max and Keira’s Law. It took me days to review these laws and juxtapose them with the Nigeria’s National Health Act 2014 particularly sections 45 down to 60 that deal with human tissues and the procedures for their procuration.

The dust generated by the sad incident from different quarters, sections and interests in Nigeria and outside was enough to hang the senator and his family. Many spoke and wrote out of sheer ignorance of the real situation and the position of the law. Even opinion leaders, media experts, on-the-air personalities and social media influencers quickly concluded, prima facie, that Ekweremadu was the villain and guilty as charged even without understanding the facts in issue, the alleged offences and the extant laws that apply both in Nigeria and in the United Kingdom.

Many had called for Ekweremadu’s head. Call a dog a bad name. Nigeria is a country where jungle justice is celebrated. A country where most citizens ignorantly believe that the cart must be put before the horse. Ekweremadu was subjected to media trial and convicted to be hanged. Perhaps many were futilely waiting for the hangman’s noose. I watched some media programmes organised to analyze the allegations. I was ashamed at the conscientious display of ignorance supposed experts. They were conclusive and believed whatever comes out of the foreign scene should be taken as fact and truth. I had tacitly responded that “United Kingdom isn’t Nigeria!” If the UK was to be, perhaps, Ekweremadu and his family could have been lynched by an intellectual and self-enlightened mob of ignoramuses. That’s how far our country can go. Some had even alleged of ‘spi-ritual’ machination by the senator. So much conspiracy theories!

I refused to join issues but allow the Metropolitan Police do their investigation despite some elements of biases springing up during the trial by the prosecutorial team in the face of damming evidence contradicting and weakening the facts they had previously relied on. The prosecutor’s insistence, adamantly, on certain facts in issue, gave him away as swerving from pursuing legal justice to political justice. The law may be blind and cannot see, but justice has two keen-sighted eyes, and cannot only see but can see perfectly well. After all, it’s a timeworn judicial pronouncement as seen in Sir Horace Awory’s R v Banks that the role of the prosecution is not to struggle to secure conviction of the accused at all cost, but ought to bear itself rather in the character of minister of justice assisting the administration of justice, putting forth relevant facts that contradict its case in the fairest manner for the interest of justice.

I convinced myself it’s time to drop the garb of politics and political differences and analyse issues from objective setting. I will not join those condemning Ekweremadu for whatever personal reason or interest. It’s time to stand tall with humanity so that history will be kind to us. After all, Ekweremadu and his family may be innocent of the allegations and charges against them, and could have been victims of misfortunes and circumstances beyond their imagination.

The storyline as told by the police and the complainant on his social media page smacks betrayal and snare. It’s a story of Roman Emperor –Julius Caesars and Brutus. Brutus delivered the last stab that sent Caesars to netherworld. The chain of events showed a logical narration of how unwary Ekweremadu was dogged by exploitation in quick succession by those he trusted. Guess what? The UK authority saw the report as an opportunity to hit Nigeria below the belt since it involved a super stakeholder in Nigeria.

The summary of the matter that led to the arrest of the senator and his wife will be produced below. Ekweremadu’s daughter, Sonia Ekweremadu had been sick and in need of kidney transplant. A pretentious willing donor surfaced. On his volition, he volunteered to save the life of the young lady. According to the Nigeria Immigration authority and his National Identity Card data, he was born in 2000, and now 21-year old. His name is David Nwamini from Ebonyi State of Nigeria.

Senator Ekweremadu was happy and jumped at the offer. At least, Sonia’s life will be saved. She will live a normal life as well as Nwamini. The donor applied for an international passport in preparation for his London’s trip where the medical checkup would be carried out. Senator Ekweremadu informed the British Embassy of the development and included the name of the hospital. Nothing was shrouded in secrecy.

Medical examination showed the donor’s organ was no match for Sonia’s . It was time for Nwamini to return to Nigeria given the limit of his visa unknown he had already conspired with accomplices on how to perfect their evil plan against Ekweremadu. He dashed at the police station, perhaps with some accomplices, and framed the senator and his wife up. His motive? He wanted to seek asylum and he needed to tell such evil and alarming story to have his way. He alleged that he was 15-year old as against his public records. This led to the arrest of the senator on frivolous charges. One would wonder if the Metropolitan Police had really done a good investigation? Did they invite Ekweremadu as required of every decent legal system and he turned down such invitation? No. The police had it that it commenced investigation months ago but found it unnecessary to extend invitation to the senator. He and his wife were hounded just to make headlines. What did they intend to achieve about that? Any racial colouration to what’s happening? Was the procedural arrest and its media trial discriminatory? Questions.

Evidence has shown that Nwamini misled the UK authority by lying about his age as a minor who couldn’t have consented to donate his organ because of his legal incapability. The senator and his wife got entangled in the trap by the evil plotters and were arrested and charged. The prosecutor has since become hostile urging the court to discountenance applications for bail made in that behalf even as the defendants remain innocent until proven otherwise. Keep the Ekweremadu’s behind the bar for bailable offences might as well be borne out of judicial malice.

If that be; they’re entitled to bail. I’ve perused the laws under which the defendants were charged and saw nothing that could warrant refusal of the bail applications of the defendants or why the court would tag it a “very serious crime.” The court and the prosecutor must look at the legal justice in the matter having regards to the abundance of evidence springing up against the alleged minor as one who had misled the UK authority, and discharge and acquit the Ekweremadu’s. Organ donation isn’t a crime. In fact, there’s the UK law that compulsorily provides that every one living in the UK, saves few exceptions, is a potential organ donor. Ekweremadu couldn’t have set out to exploit a minor or even anyone of what he could get without belabouring. He couldn’t have indulged in such a low life and would not manipulate anybody for that. His status in the society could have allowed him think towards that direction. He is an erudite, versed legal practitioner and a lawmaker of years of experience who understands the position of the law in that regards. He is just a victim. He fell into the trap as a caring and loving father.

I’m certitude that justice will be manifestly done in this maliciously motivated matter, and the Ekweremadu’s will come out stronger. The timely intervention of the Nigerian government and Enugu state government having ascertain that Ekweremadu is innocent and just a victim of circumstances and trans-border conspiracy is commendable and consoling. My thoughts and prayers are with the sick Sonia and all the sick people for God’s healing. It’s just a matter of time and the storm will definitely be over.