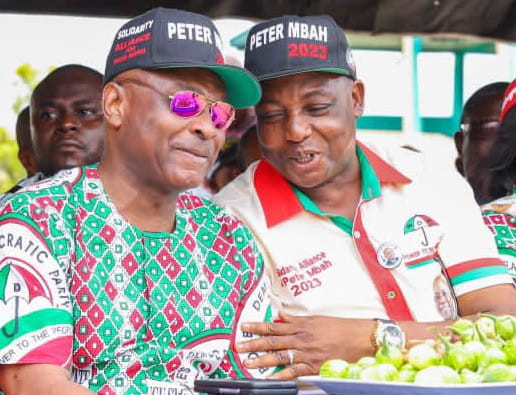 The convener and Chairman, Board of Trustees (BoT) of Solidarity Alliance Support Group for Peter Mbah, Hon. Paul Nnajiofor has assured the Peoples Democratic Party in Enugu State and the party’s candidates of the group's readiness to play vital roles in ensuring that the party wins the forthcoming general elections.

The BoT Chairman made this disclosure recently when the support group paid familiarization visit to the Director General of the Peter Mbah and PDP Campaign Organization, Chief Ikeje Asogwa, in Independence Layout, Enugu, stressing that its wide acceptance and coverage across the state had given the party vantage over other political parties.

The Solidarity Alliance convener who also doubles as the Member representing the people of Nkanu East State Constituency at the House of Assembly said they would do everything possible to contribute in all respects to see that the PDP comes out victorious.

He also indicated the group’s interest to have its presence in all the polling units across the Coal City State, saying by that movement, PDP had nothing to be afraid of in 2023.

“We will not rest until our principal and leader, Barr. Peter Mbah, his running mate, Barr. Ifeanyi Ossai, and all the candidates vying under our great party are declared winners come 2023.

“We are up to the task. We have put every apparatus needed for the campaigns and the forthcoming elections in place. Very soon, the INEC will be lifting ban on campaigns and we’ll march gallantry to the field to do the work.

“This project is a collective project. It’s a collective mandate. It’s a collective struggle. God has used His Excellency, Governor Ifeanyi Ugwuanyi to answer our prayer, and we don’t have any excuse not to deliver. We want to make a point through our support group that we have 100% victory for the PDP in 2023.

“Dr. Peter Mbah’s background as a successful entrepreneur and globally renowned industrialist has made our job easier for us. The people of Enugu State are in tune with his capacity to deliver on his agenda to lift the state out of poverty, make Enugu tourists attraction and investment and business friendly. Our work will be to go and remind the good people of the state, and convert those sitting on the fence about the dynamic, workable and solution-driven programme and agenda of our party’s governorship candidate,” Nnajiofor maintained.

While decorating the PDP DG with the Solidarity Alliance’s customized outfits, Nnajiofor appealed to the DG to always reach out to them in any way he should deem the group fit to come in and render support.

The visit which also included the investiture of Chief Asogwa as the Pillar of Participatory Democracy in Enugu State had the presence of some of the central executive members and local government coordinators.

While decorating him with the investiture, the BoT Chairman said the appointment of Asogwa was a round peg in a round hole, adding that he had the confidence that the DG would lead the party to victory.

“Your appointment as the Director General of the Peoples Democratic Party Campaign Organization delighted us. We all have that unflinching faith in your capacity and ability to mobilize both human and material resources to give our party the victory it deserves. We thank Barr. Mbah for that vision and foresight. Congratulations,” Nnajiofor further stated.

Reacting to the visit and investiture by the group, Asogwa expressed gratitude at the presence of the visitors, pledging to work with them by carrying them along in the journey.