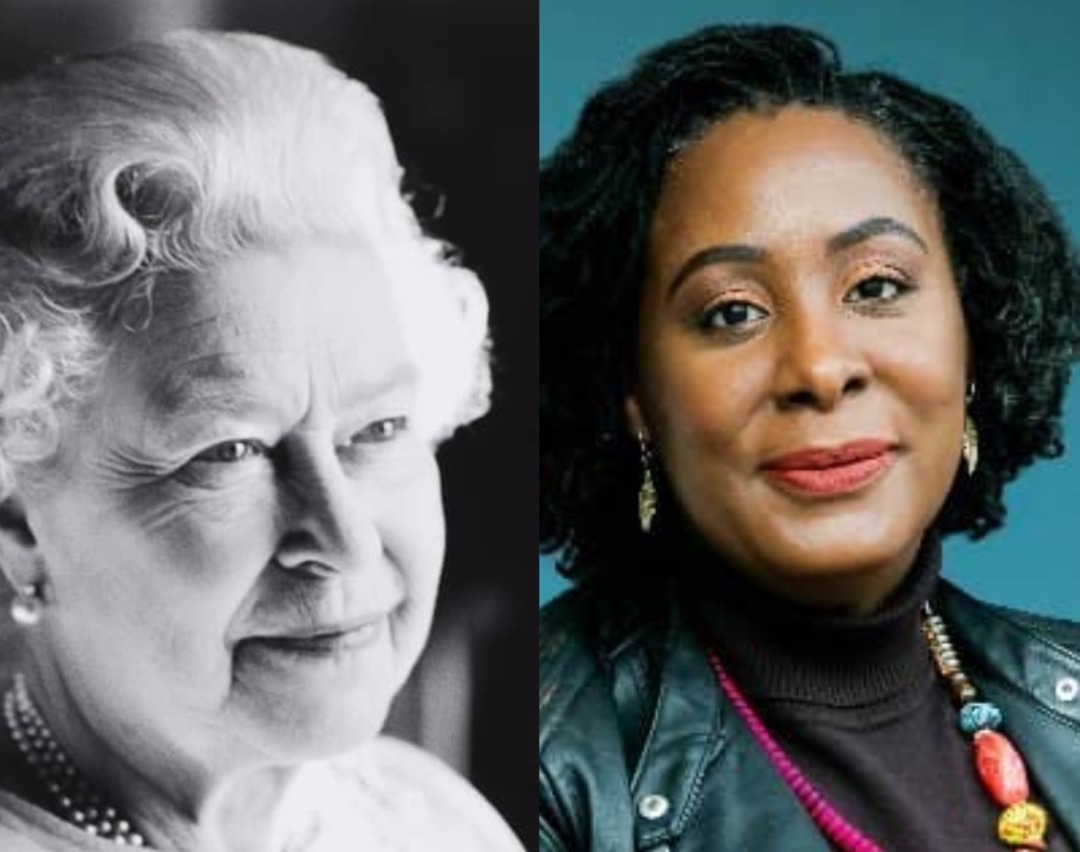 Anya, in an interview with a foreign-based news platform, The CUT, revealed her reasons for wishing the Queen “excruciating pain.”

She said the late Queen Elizabeth II’s throne “represents the legacy of enslavement and colonialism and its direct harm,” adding that she supervised the British government which caused a very painful harm to her, and “the harm shaped my entire life and continues to be my story and that of the people she harmed.”

Anya on Thursday had tweeted hours before the Queen’s death, saying, “I heard the chief monarch of a thieving raping genocidal empire is finally dying. May her pain be excruciating.”

In another tweet, Anya referenced the rumoured role of the British empire in supplying the Nigerian government with arms and ammunition during the nation’s civil war which spanned 1967 – 1970.

“If anyone expects me to express anything but disdain for the monarch who supervised a government that sponsored the genocide that massacred and displaced half my family and the consequences of which those alive today are still trying to overcome, you can keep wishing upon a star,” she wrote, following the announcement of the Queen’s death.

Her tweets got the attention of many including Amazon founder, Jeff Bezos, who quote-tweeted the post, saying “This is someone supposedly working to make the world better? I don’t think so. Wow.”

She replied to Bezos, writing, “May everyone you and your merciless greed have harmed in this world remember you as fondly as I remember my colonisers.”

She said, “On Thursday, I was just reading the BBC, which had been making announcements that there were worries for the queen’s health and death was imminent. It brought on a whole lot of emotions and pain — primarily pain — about who this monarch was and what she represented, not just in the broad sense of what her throne represents, the legacy of enslavement and colonialism, but also the direct harm. People say, “Oh, she’s just a figurehead, she didn’t really do anything, as if she’s somehow withdrawn from this. They tell me, You’re talking about colonialism. Was that even in your lifetime?”

“My experience of who she was, and the British government she supervised, is a very painful one. The harm shaped my entire life and continues to be my story and that of the people she harmed — that her government harmed, that her kingdom harmed, however you want to frame it. The genocide of Biafra killed 3 million Igbo people, and the British government wasn’t just in political support of the people who perpetrated this massacre; they directly funded it. They gave it political cover and legitimacy.

She told The CUT, “This wasn’t just something I just read about. I was born to colonial subjects on both sides of the family — one parent from Trinidad, where the British enslaved people, and one parent from Nigeria. They met in England at university and moved back to Nigeria after independence in 1960. My parents were survivors of this genocide. My three siblings, two of them under the age of 10 at the time, were survivors. My mother was pregnant with my brother, who was born during that time; he was a war baby. This was the legacy I was born into in 1976. I spent the first ten years of my life living in Nigeria, and there was always this specter of who was lost. My earliest memories were from living in a war-torn area, and rebuilding still hasn’t finished even today. Half of my family was slaughtered with guns and bombs that this queen sent to kill us.

“Queen Elizabeth was a representative of the cult of white womanhood.”