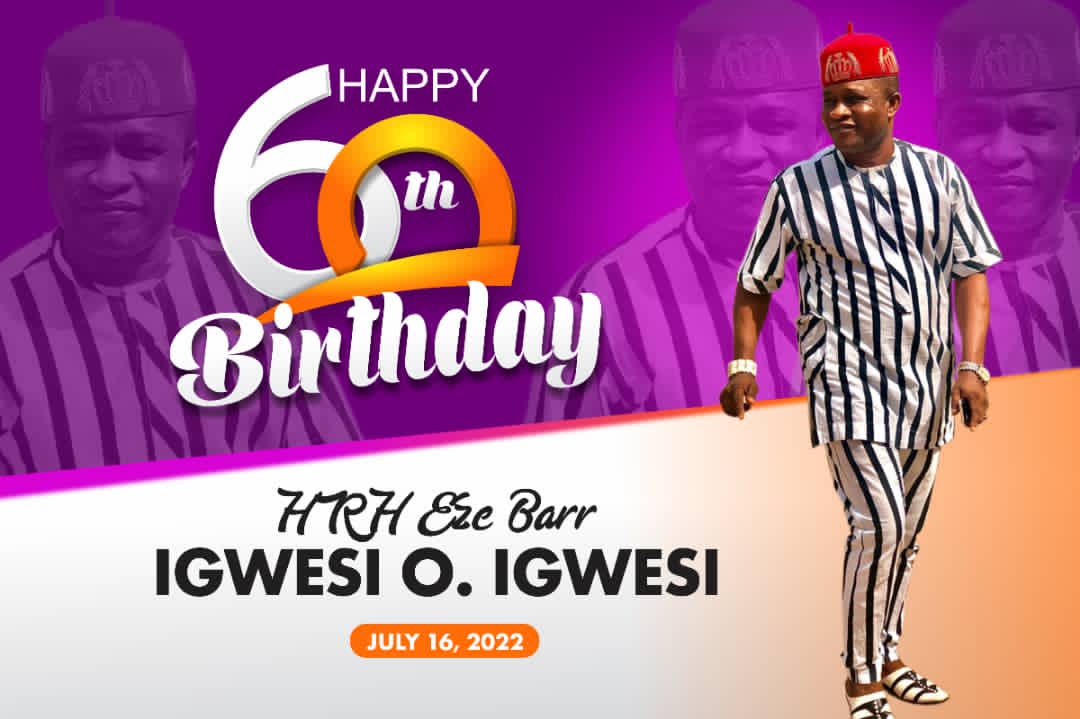 I’ve had an encounter with him. Despite the aura of magnificence adorning him, I could still not fathom his igweship. I was expecting to see a king that would prance out with his plethora of courtiers. We were told we would be meeting the king! I had made up my mind to spend all the hours in the waiting room. Of course, my expectation was understandable. In our clime where one had to wait for six hours before seeing a big man or sniff the appearance of a royal father, such would not be surprising. But my expectation was remarkably betrayed.

We got to his office and told the secretary we had come to have a meeting with the king. The secretary, a beautiful soft voice, asked whether he had an appointment with us. We replied in the negative. The secretary went inside and alerted him. In less than a minute, we were ushered into his office. His regalia was a symbol of royalty. But I still had expected to see another king. African kings don’t see visitors immediately they arrive. They believe in African time. I was expecting him to tell us the king was in a meeting. But my expectation was betrayed the second time. Beaming with smiles, he extended a handshake to all of us. I accepted the royal handshake with all the breath in me. A royal handshake from His Majesty! His simplicity and generosity have no comparison.

The atmosphere was homey. We were relaxed. Still wondering his dynamic, flexible and innovative posture, he asked; “How is Prince Ejeh Josh? I’ve been reading his works and I’m happy with the responsible set of youth coming out today.” I gulfed! The rest was history. Our meeting was fruitful and we learnt from his noble wisdom and stately experiences. We also left the office of the Learned First Class King with smiles. Don’t ask me what happened after the meeting. But we were all happy we met an Igwe that changed our worldview and perception about our society.

The beauty of having a king with 21st century exposure is that the society will be happy. The state will have the confidence in his modern dexterity of attending to issues. Things will work. Stories will fall in line. Life will be beautiful. Peace will reign. Wisdom will lead. Human beings will be well tailored and managed. That’s what we’ve had in His Royal Majesty; our Royal Majesty and our father; Igwe Barr. Igwesi Obiora Igwesi (Chinawaeze III of Obuoffia Awkunanaw kingdom).

Marking 60 years of age is a milestone in the life of anyone that attains that age. It’s a blessing from God. Igwe Obiora could have looked far younger in terms of his physique. He doesn’t look sexagenarian. It’s also a blessing from the creator. Looking good is what we all pray for. Living even healthy is every man’s prayer. God has blessed our Royal Majesty with these rare characteristics. It calls for celebration.

Over the years, people have come to understand and appreciate the very reasons for the coronation of his Royal Majesty as the custodian of our culture and values and as the eyes through which the society sees. His abundant antecedents in human capital development, youth empowerment, job and employment creation, philanthropy, scholarships, and character, remarkable legacies, etc, give him a craving outstanding personality. Igwe Obiora Igwesi does what he knows how to do best; selfless service to humanity. He has been serving his people and our people in special ways; giving a new lease of life and serving the hope for the masses.

It's time to tell His Royal Majesty that we love him and show him that it pays to be good. Igwe Obiora Igwesi is a king after God and humanity’s heart. Obuoffia Awkunanaw kingdom is a blessed kingdom. Obuoffians are happy that God bless them with a man that is meek, empathetic and concerned about his people. Nkanuland is definitely blessed with an intellectual sage and uncommon legend. We are also happy that we’ve got a king who listens and gathers his people and acts harmoniously even to detractors. He is the good shepherd.

It’s on the note of joy that I’ve the singular honour and royal privilege to congratulate His Royal Majesty and wish him a happy birthday and many more years of God’s grace on the throne.