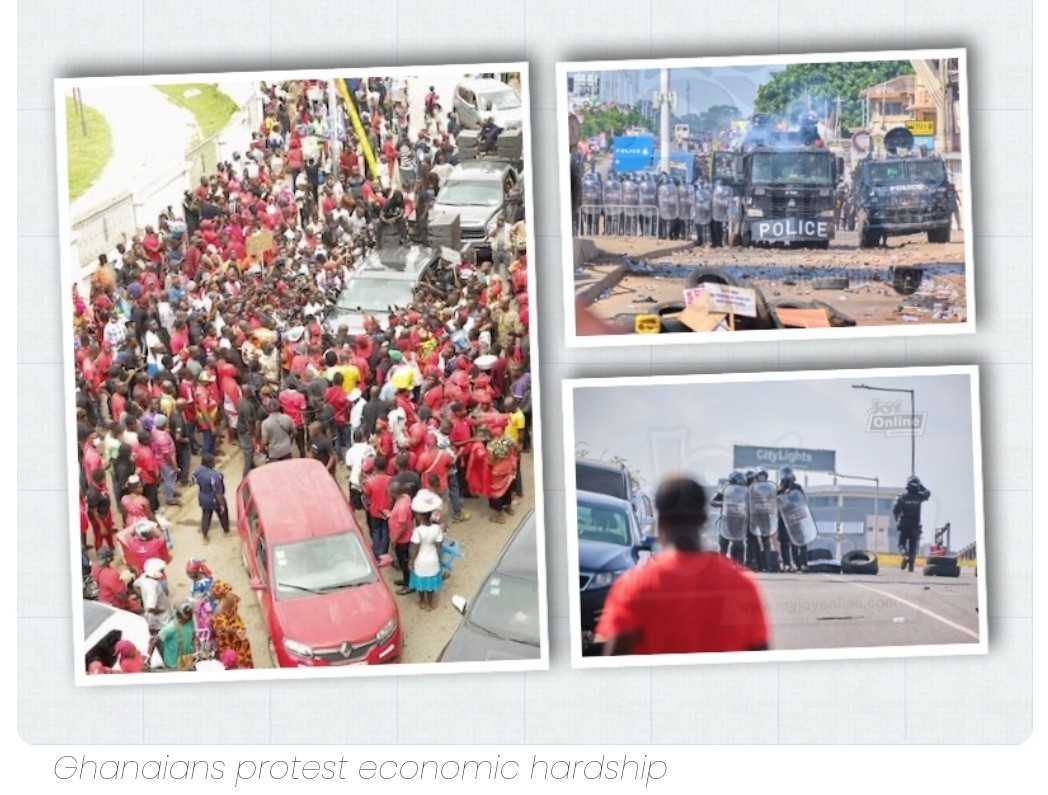 Ghana is in the throes of an economic meltdown with spiralling inflation and the people who could bear it no more trooped to the streets on Tuesday.

Police in Accra clashed with hundreds of demonstrators, who had strayed out of the approved route for the marchers.

The Ghanaians were protesting against fuel price hikes, a tax on electronic payments and other levies as the country grapples with an economic downturn.

Ghanaians in recent months have been feeling the pinch of record inflation and the fallout of the Ukraine war amid cuts in government spending to avoid a full-blown debt crisis.

The police said they were forced to use teargas and water cannons to restore order after demonstrators threw stones and burnt tyres on the road.

Twelve officers were injured and some police vehicles damaged, they said in a statement, adding that protesters failed to follow “court-approved routes”.

The demonstration had dispersed by evening and streets in the city centre were lined with policemen, a Reuters reporter said.

Ghana’s economic growth slowed to 3.3% year-on-year in the first quarter and inflation hit a new record of 27.6% in May despite sweeping spending cuts and other measures to redress the financial situation.

The West African gold, oil and cocoa producer is also grappling with high debt and a depreciating local currency.

A controversial tax on electronic payments approved in April and presented as a solution for Ghana’s financial woes has raised the opposition’s ire, with critics saying it will unfairly affect low-income people and small businesses.

The government has consistently ruled out asking the International Monetary Fund for assistance despite analysts warning it is close to a debt crisis.