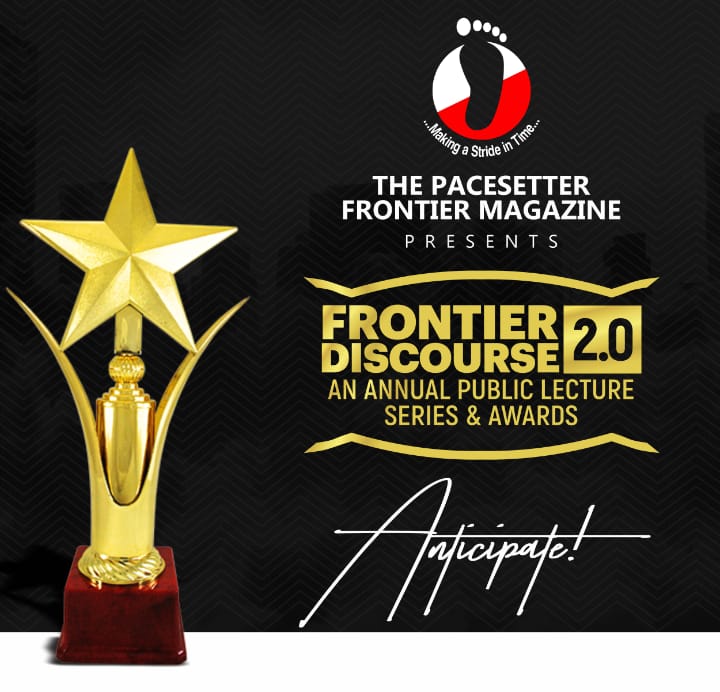 Frontier Discourse 2.0, which is billed to hold in Enugu, was birthed in 2021 as part of the contributions of The Pacesetter Frontier Magazine to having a sane, orderly and just society, one that her citizens can be proud of. It also serves as a means of appreciating the contributions of eminent and outstanding individuals to building this kind of society.

In a statement released by the Associate Editor, Uchechukwu Lawrencia, on behalf of the editorial board and host organizing committee, she stated that voting will commence, all other things being equal, on September 10.

"The Awards traditionally begin with nominations of respected Nigerians into different categories, done by the editorial board of the magazine. These nominations are made public and eventual Awardees emerge based on the number of votes cast per nominee in their respective categories.

"In the maiden edition, we had seven award categories, however, the board has approved the addition of new categories.

"The total categories are Youth Icon, Business Personality, Lifetime Achievement, Woman of the Time, Frontier Person, Public Servant of the Year, Media Personality of the Year, Governor of the Year, Humanitarian Service and Literary Icon of the Year awards.

"Voting will commence, all other things being equal, on September 10, 2022, through a voting process that would be made available to the public, and the voting is entirely free", she said.

Uchechukwu also noted that just like in the maiden edition, the board will exclude some categories from the voting poll. She also noted that the 'Most Significant Event of the Year' category was excluded due to the lack of events to fit in, in the year in focus.

The Pacesetter Frontier Magazine is a privately owned, quarterly published, multimedia, multi-connect, cosmopolitan, print and online magazine established in 2020 and based in Enugu with a market audience and base cutting across the Southeast and Southsouth geopolitical zones.

The maiden edition had 'Mental Power at the Mercy of Political Will; Nigerian Politics and Its Conscious Play to Ignorance' as its topic.

The political class, captains of industries, religious leaders, students and representatives of the civil society were part of the guests in the maiden edition.