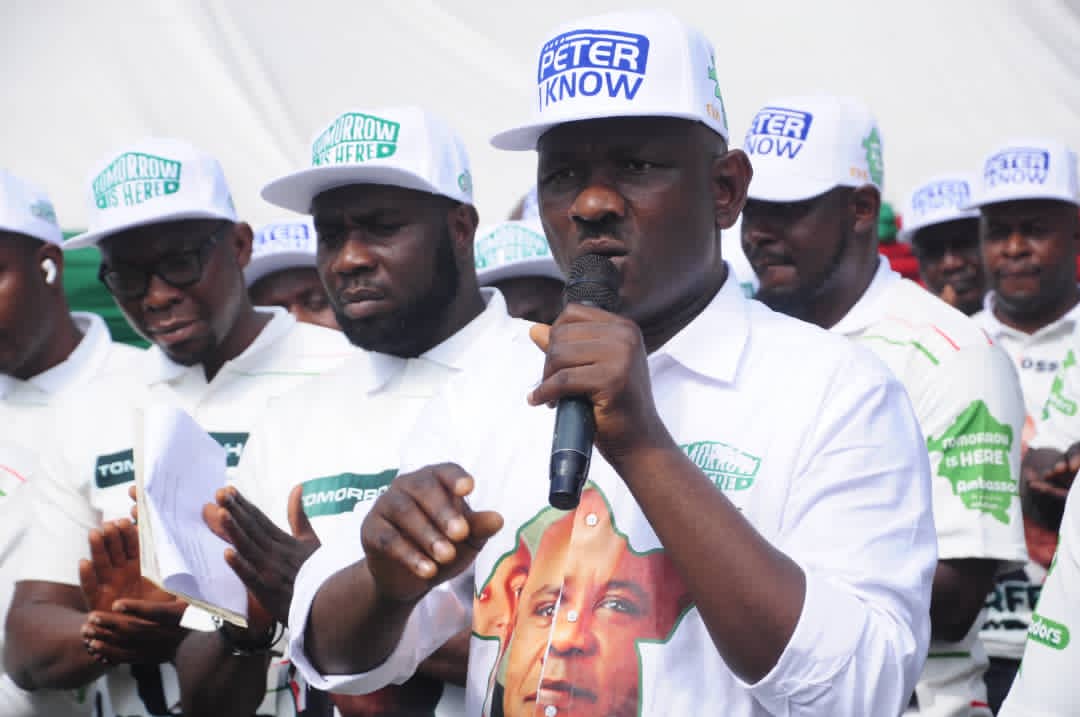 Ahead of the 2023 general elections in Enugu State, a foremost support group in the state, Tomorrow Is Here Ambassadors, has said the only viable and most qualified governorship candidate in the race on who becomes Governor Ifeanyi Ugwuanyi’s successor in Lion Building is the Peoples Democratic Party, PDP, governorship candidate, Barr. Peter Mbah.

The support group, which is an offshoot of Nkanu Connect Worldwide, disclosed this over the weekend during the official inauguration of its field officers at Nike Lake Resort, Enugu.

Speaking at the event, the Director General of the support group, Hon. Mike Anene Ani said the PDP gubernatorial flagbearer is considered, from all assessments, the best and most qualified candidate in the race.

He further maintained that Mbah has shown credible leadership qualities in his past and present work-life, insisting that the group would do everything within its capacity to mobilise voters for him at the polls.

“We are poised to have all our field officers across the nook and cranny of the state to mine support for the PDP’s gubernatorial candidate because he is the most qualified.

“What we’ve just done today is a recommitment and dedication to the Dr. Peter Mbah and his running mate, Barr. Ifeanyi Ossai’s project. They’re the perfect match that the good people of Enugu State need at moment.

“We are ready to reach out to the people at the grassroots and take the message of Mbah to them. It’s a message of good governance, transformation, economic growth and development. We are waiting for the right time when the INEC will lift ban on electioneering campaigns.

“We have been doing voter’s and political education over the past months. We have also mobilised our people to register for their voter’s cards which will enable them to vote on the day of election. We provided the needed logistics, and we are happy it yielded positive results.

“The crowd you are seeing today is just a morsel of what to expect when INEC lifts its ban. You can see these dignitaries everywhere here. They are only a snippet of our programme for this project. They are here because they believe in the transformational grits and innovative philosophy of Dr. Peter Mbah,” the DG said.

Hon. Ani while also charging the field officers not to be distracted in their mission to have their presence in all the 260 wards and 4,145 polling units in the state, enjoined the Tomorrow Is Here Ambassadors to make more disciples and followers for the PDP and its candidates.

He expressed confidence that Mbah’s wide acceptance by the people of the state would earn him landslide victory in the forthcoming election.

“See, Dr. Peter Mbah has no equal in the state. His antecedent and pedigree are speaking good of him. His name has become a household name, and we as his ambassadors will continue to reinforce that good news he’s bringing to the state.

“With Peter Mbah, a new state is possible. A new Enugu is underway. So, therefore, the oath of office we just administered on our officers from all the local government areas, wards, development centers and polling units was to activate their commitment and responsibility as shareholders of the collective project,” the La’Fresh Group CEO said.